The Bank of Canada, led by governor Stephen Poloz, has increased its benchmark interest rate five times since the summer of 2017. (Adrian Wyld/The Canadian Press)

The Bank of Canada has raised its benchmark interest rate by a quarter point for the fifth time since last summer, pushing up the cost of borrowing for Canadians.

Known as the target for the overnight rate, the benchmark is what Canada’s big banks charge each other for short-term loans. It filters down to consumers, because it affects the rates the banks offer their customers for things like variable rate mortgages and savings accounts.

That’s already happening, as four of Canada’s biggest banks increased their own prime rates by a quarter percentage point on Wednesday.

Royal Bank, TD, BMO and CIBC have all raised their prime lending rates from 3.70 to 3.95 per cent. Scotiabank is expected to follow suit soon, but all the new prime rates will be in effect as of Thursday morning.

Canada’s central bank has kept its interest rate at record lows for several years to stimulate the economy following the economic slowdown of 2008, but has since begun to ratchet it higher as the economy gets back on sounder footing. 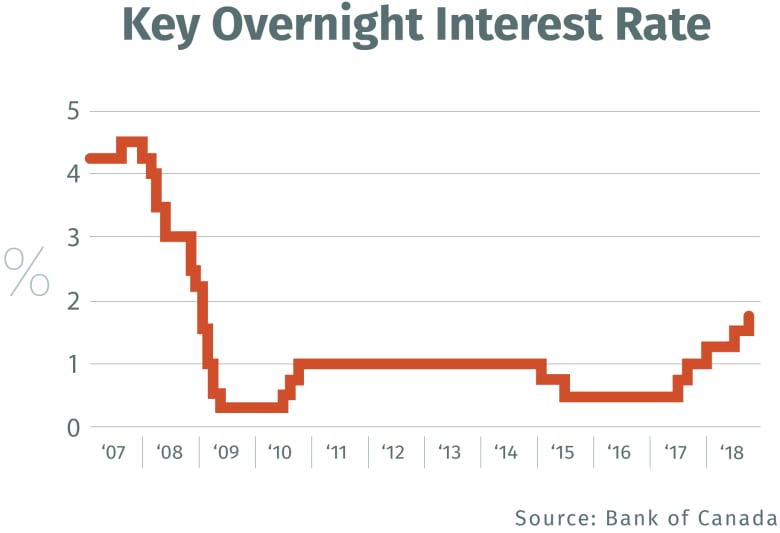 Economists are expecting a few more rate hikes to come, but the bank hinted on Wednesday that it wants to see how current rates are affecting the economy before proceeding.

“In determining the appropriate pace of rate increases, [the bank] will continue to take into account how the economy is adjusting to higher interest rates, given the elevated level of household debt,” the bank said.

Having lived in Red Deer my entire life and having experience in many avenues of real estate I offer enormous value to my clients.